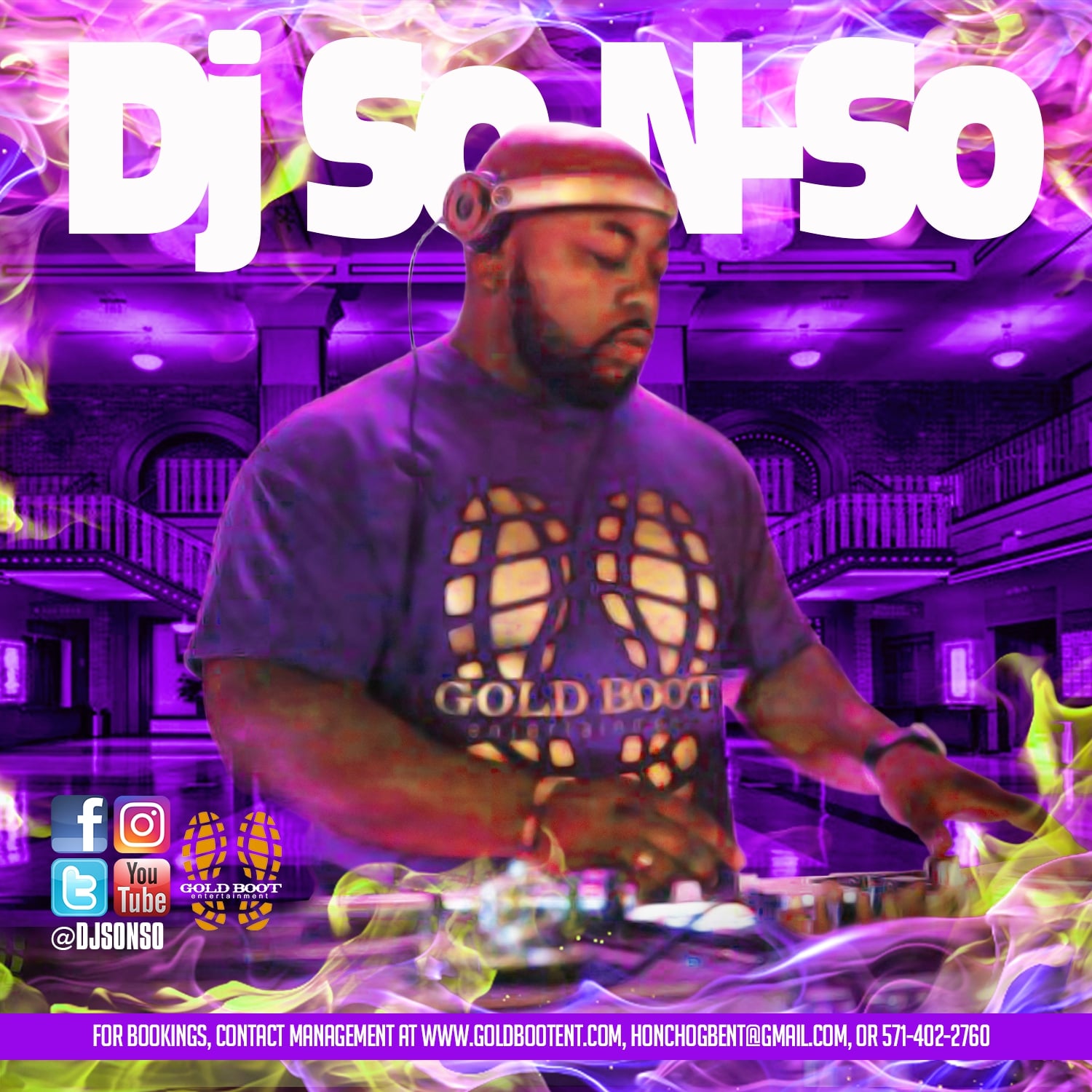 DJ So-N-So was born in Japan and raised in the Midwest near St. Louis.  He became fascinated with all facets of hip-hop at an early age and ultimately became a DJ at the age of 12 years old.  As a self-taught DJ / Turntablist  / Producer since 1989, at the age of 12 his earliest influences were a group of local hip-hop artists known as TEMPO.  His mentor as a DJ was Renita “DJ Rude 1” Turner who was spinning in St. Louis at Magic 108FM in the early 90’s, along with influence from veteran DJ’s like Jazzy Jeff, Cash Money, Jay-Ski, Miz, Kutt, Tossin Ted and Q-Bert.  He quickly gained local notoriety and began performing at events, college parties and nightclubs while in High School.

He took his career as a DJ to the next level after joining the U.S. Marine Corps while stationed in North Carolina, Japan and Southern California.  From there he was able to spin at nightclubs in Riverside, Los Angeles, Palm Springs, San Diego, and Spring Break Venues in Rosarito, Tijuana, and Cancun Mexico.  He later began college at Illinois State University and pirated a mix show during his late night radio segments on WZND 106.1FM, also performed at several school events, concerts, fraternity and sorority parties, as well as, all of the area nightclubs from Peoria to Chicago, IL.

Following his attendance at ISU, DJ So-N-So moved to Northern Virginia where he currently DJs all over the DC, Maryland and Virginia (DMV) area at nightclubs, private events, fraternity gatherings and sorority events; spinning everything from Hip-Hop and Top 40 Club Music to Go-Go, Reggae, and Old School Party Classics proving that he is a well-rounded and seasoned veteran DJ in the game. He also spent a year in the Middle East a few years ago where he was able to perform at venues in Dubai, Abu Dhabi and Thailand and for the troops during wartime at USO concerts and MWR events.