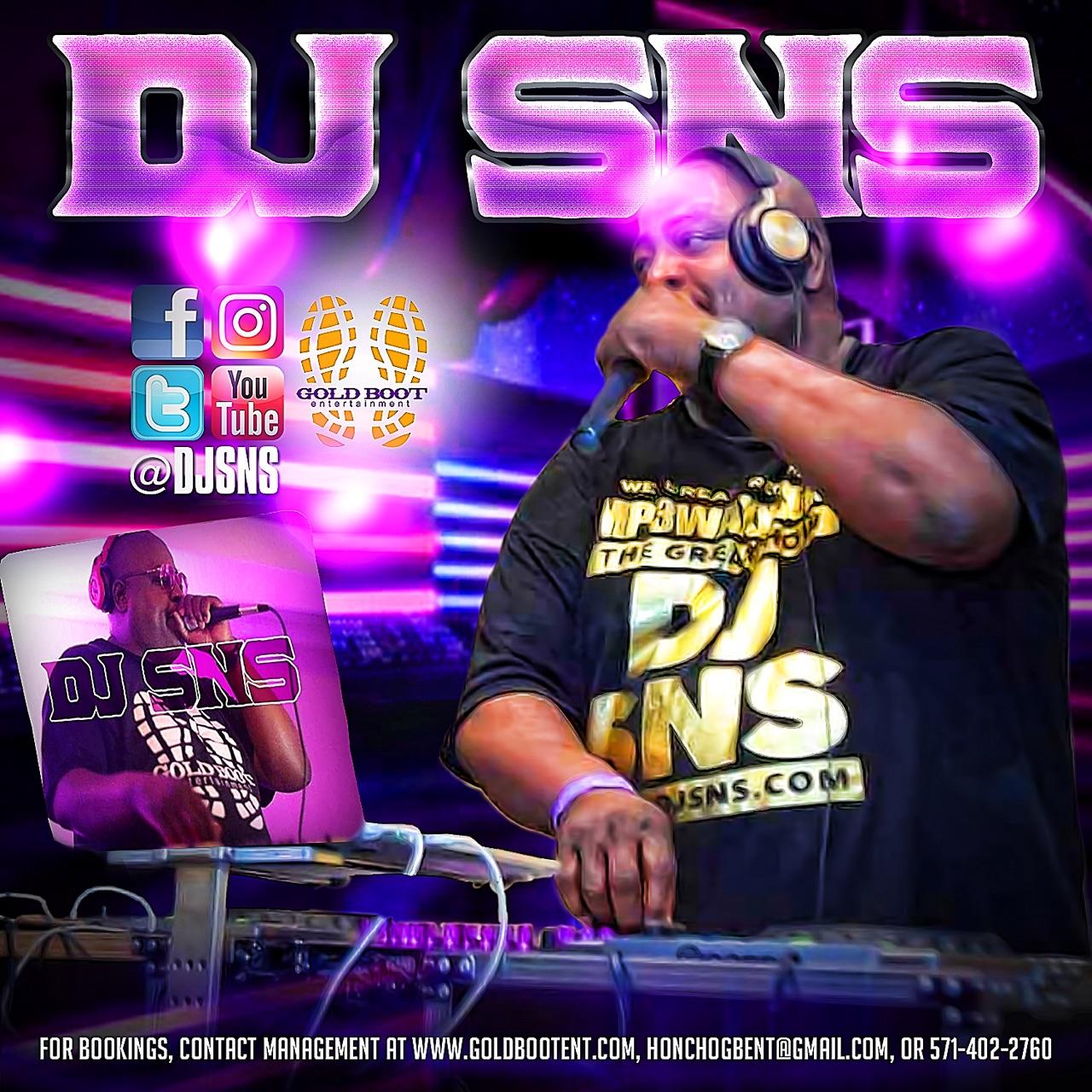 A legend in his own right “The Great Show” DJ SNS brings more than 20 years of solid hip-hop acumen and an overwhelming fan-base that stretches from New York City to the West Coast. At the age of 19, Shampelle Everett was a house hold name in his Harlem neighborhood under the alias of DJ SNS. First breaking onto the music scene in 1993 as a mix-tape DJ, SNS would shop his mix-tapes in various record stores in Harlem, which quickly made him a true pioneer in the mix-tape arena. SNS would break songs before disk jockeys on the radio would. He always kept his ear to the streets and had the newest and freshest music. This remarkable talent of mixing records and adding his own flavor to the tracks landed him a spot at the world famous “Skate Key” in the Bronx. Every week SNS would have hip-hop fans swarming to the Key in record numbers. This is where he gained notoriety and an enormous fan base. Throughout the years SNS has DJ’d and toured with Diddy, The Notorious B.I.G., Foxy Brown and Nelly. He’s rocked major homecoming events for many HSBCU’s, as well as the Annual CIAA & MEAC Tournaments in the Carolinas. First signed to Bad Boy management, SNS has also represented Ciroc Vodka as one of the elite CirocBoyz. SNS has done collaborations with Gucci Mane and 2-Chains to name a few.

20 years later and several years wiser, SNS continues to be universally praised by the ever-fickle and unforgiving hip-hop industry. No easy feat to accomplish, SNS has defined longevity to the highest power and has managed to still be one of the most notable DJ’s in the industry. DJ SNS still remains relevant and is still being called to rock parties coast-to-coast. From Diddy’s all-white parties to Jay-Z’s Roc Nation events, his skills are unparalleled.  Born to embrace hip-hop, SNS’s grandmother stood behind him and told him to pursue his dream, little did she know young S was sneaking in the clubs at night, feeding his hunger for musical nourishment.  S was a good kid and quickly became a little brother to the local Harlem hustlers that would keep his clothes up to par and help him get into the major parties. As young SNS learned the ropes in the streets, he found a way to hustle his mix-tapes through the neighborhood.

You can find SNS spinning to the likes of almost every major celebrity in America. He has under his belt such mega-events as The Roc Nation, Tyrese & Neyo Pre-Grammy parties, The Essence Music Festival, The Derek Jeter Foundation, Super Bowl and All-Star Weekend events. Other infamous celebrities that SNS has spun for include Diddy, Jay-Z, Kevin Hart, LeBron James, Derek Jeter, and CC Sabathia to name a few. On a new path, with a solid direction, SNS is also producing beats for various artists and more importantly his son LIL SNS, who has a solid rap career ahead. Now adamant about taking his business serious SNS proclaims his love for music of all kinds, but more than that, his love for his ever-increasing mental growth and his ever-growing fan base. SNS continues to rock crowds all around the country, what’s not to love? He engages the crowd with every record. From Hip-Hop to Pop, SNS plays it all with compassion and love for his fans.  After doing over 200 parties last year, SNS is one of the most sought after entertainers/DJs in the business. One might wonder what’s next for DJ SNS, he has a mix-tape entitled “Soul of a DJ” coming this fall and has recently been added to the MONSTER DJ Commission.  With an extremely busy schedule, an extensive knowledge music production, and an ever-growing wave of fans; SNS can take almost any angle he wishes to in the business.