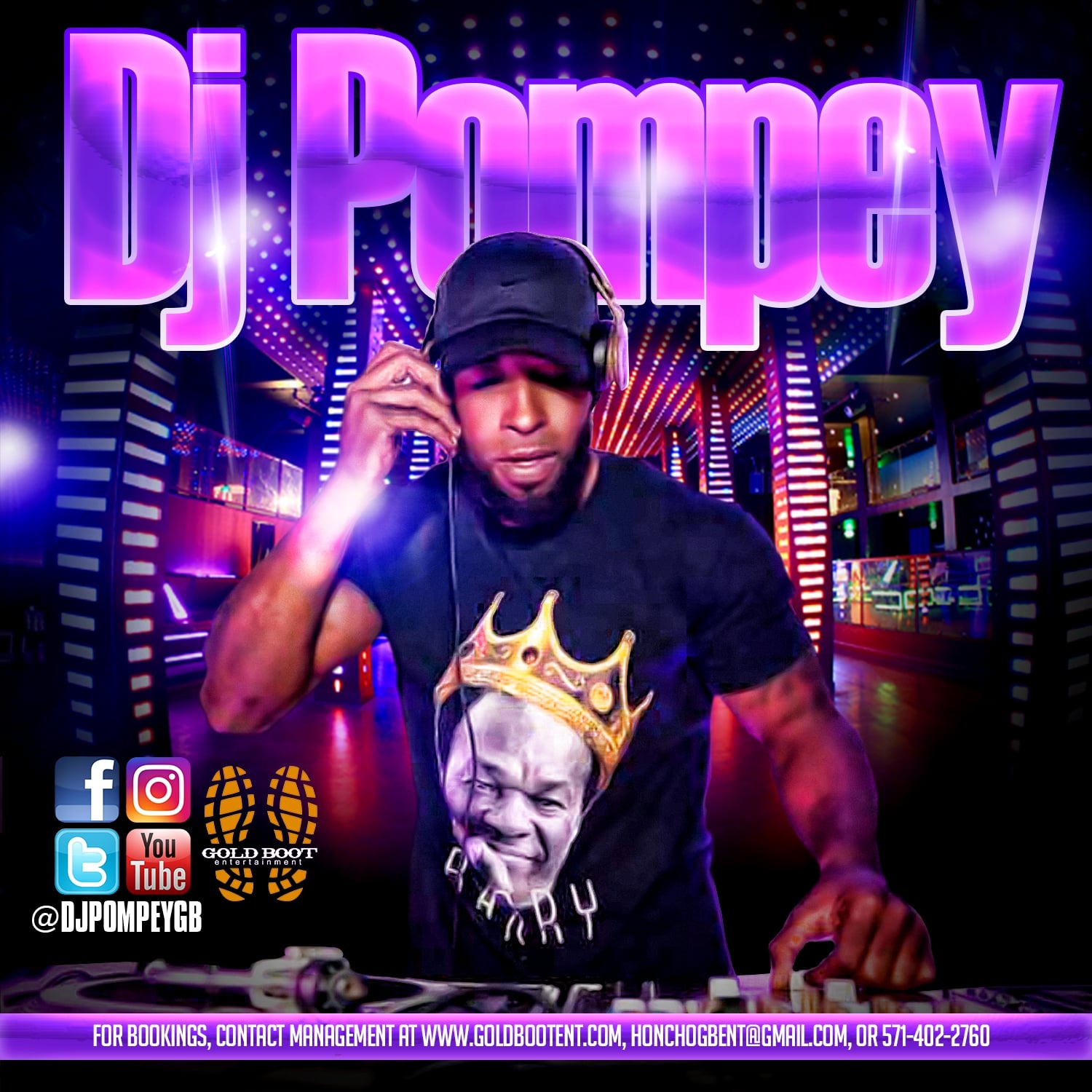 Born in the Caribbean, Delon “DJ Evil D” Pompey was never into music as much as his brothers and sisters.  It was until he moved with his stepmother and father in 1993 to Paterson, NJ where his love for music began.  At age 13, Delon was the average kid that loved sports, until he went to a party one summer night.  While at the event, he noticed the reaction that the DJ (Dj Quest Flavor) was getting from the crowd and automatically fell in love with the tricks that he was doing.  Months later, DJ Evil-D bought his first pair of Gemini turntables with a Gemini mixer…this is where it all began.

Within the next few years, Delon and his friend DJ Quest Flavor practiced on a daily basis. By age 15, Delon had enough skills and knowledge to not only do local parties such as backyards, house, birthdays, and block parties, but to do numerous mixtures.  Within five years, Delon had completed a total of 36 mixtures and done countless parties, clubs, lounges throughout the Passaic County area in New Jersey and its surrounding cities. By age 20, Delon’s DJ name was changed from DJ Cutoff to DJ Evil-D by eight members of a local DJ/Rap group that he is still a part of today called the “Underdogs” formally known as “QnQ Entertainment.”

DJ Evil-D went on to do mixtapes/CD’s for local artists, colleges, independent business, and well established franchises such as:  Foot Locker, Foot Action, Against All Odds, and Prince Creations. In 2006, DJ Evil-D moved to San Diego, CA where he impressed the club owners and producers of the ClubZone nightlife with the East Coast style of music and creativity. Throughout DJ Evil-D’s four years in the west coast, he was DJing at Clubs Belo, Work Dat Twurk Dat, Dyce, Empire, Deco, and Broadway, which is all located in California.

DJ Evil-D moved back to the East Coast in 2010 where he is currently residing. For the last eight years, DJ Evil-D has been spinning the best of Hip-Hop, R&B, Reggae, Soca, Afro Beats, Pop, Baltimore Club, Soul, Classics, and Old School mixes at numerous clubs/lounges in the DMV area such as Ibiza, Lux, The Park on 14thStreet, K-street Lounge, Lotus, Cafe Asia, Bar 7, Stadium, Fur, Fusion, Muse, Ozios, and Cities to name a few. Throughout his career, he has performed for numerous celebrities such as, The Lox, Juelz Santana, Jim Jones, Wale, Tank, Fabolous, Fetty Wap, Monte, just to name a few.  For the last 19 years, DJ Evil-D has made an impact on the culture as well as the club scene.

As of now, at the age of 33, DJ Evil-D is currently medically retired from the United States Marine Corps due to injuries he sustained while serving in Afghanistan. Despite the major setback of not being active duty, DJ Evil-D continues to embrace the craft of DJing and is currently in route to becoming one of DMV’s top DJ’s under the management of Gold Boot Entertainment.  After joining Gold Boot Entertainment, the team thought Deleon’s last name was so unique and would be a great marketing tool, that they renamed DJ Evil D to the now DJ Pompey.