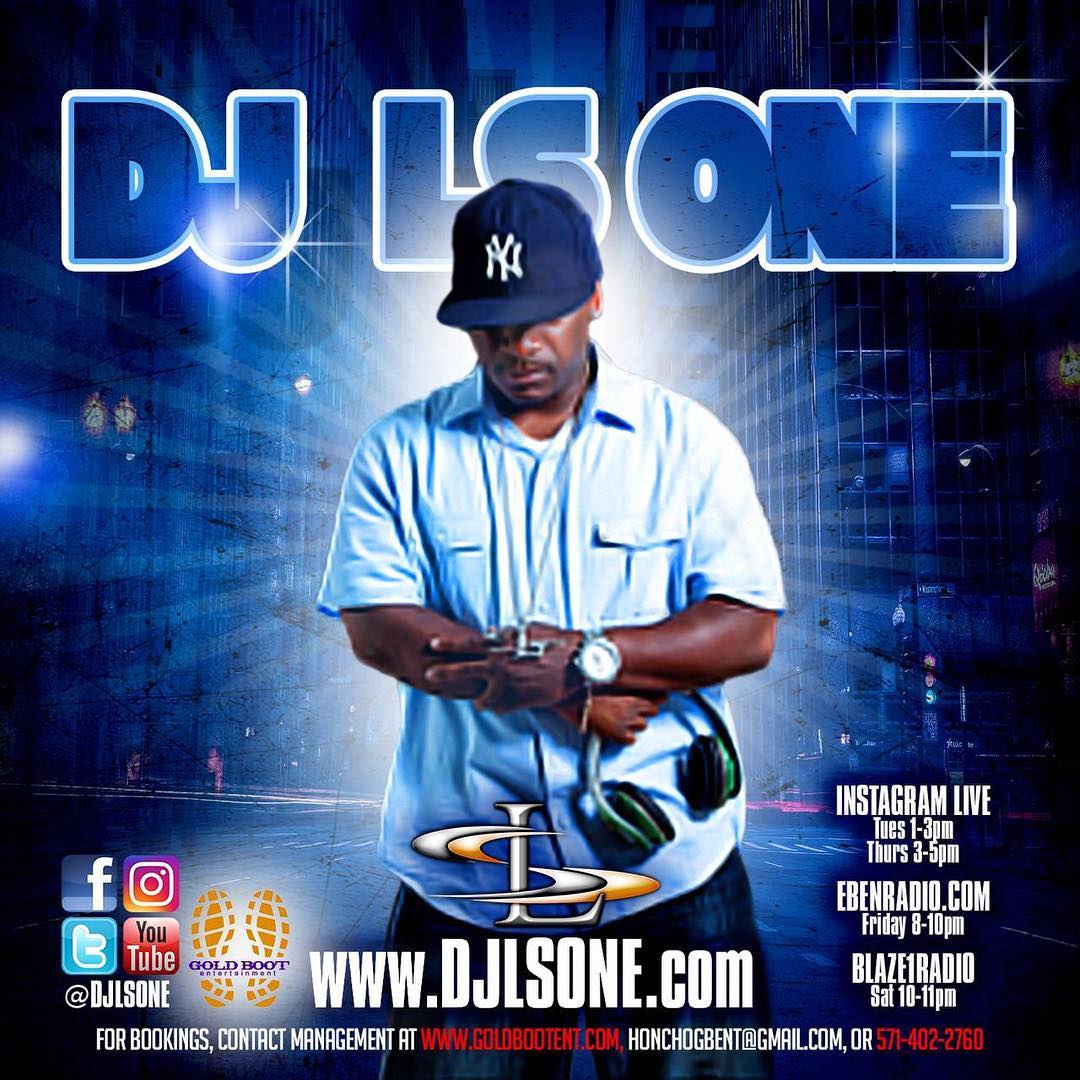 DJ LS One™ is “more than your average DJ”. Born in Brooklyn, NY as a young boy LS idolized his father also a DJ, as he would take him along on his DJ jobs. This is when his father realized there was no doubt of his first born son’s destiny. Continuing a legacy his father began, LS lead his brothers to DJ as well (DJ Dummy – Common & J. Cole’s DJ, & DJ Enigma). DJ LS One™ has steadily rocked crowds since the tender age of 8 years old. Being a quadruple threat, DJ LS One™ has definitely established himself as one of the industries most talented, sought after and energetic masters of the turntables by playing open format, house, dance & hip hop parties. His belief is a true DJ is not limited to what he/she can play. This is how the buzz about DJ LS One™ began.

In 1989, LS One’s raw and undeveloped talent was noticed in this young teen & led him to a spot on 91.5 FM WNYC, with Mr. Magic & DJ Mr. Cee, one of the hottest underground hip-hop shows in New York hip-hop history. After working at 91.5 FM, LS filled in for Mr. Magic’s Sunday Old School Show on Hot 97 FM when needed. He landed a night on 89.1 FM WBAU & also did the HANK LOVE and DNA radio show on 105.9 FM WNWK, spinning alongside DJ REG-REG. Later he went on to REG’S own show on the same station. During this time, he interviewed the rap trio ONYX. This is when they not only recognized his talent but his professionalism. The group invited LS to meet The Legendary Late Jam Master Jay & to audition for the job as Onyx’ DJ. Many DJ’s tried out for the position but LS One’s skills, control & professionalism on and off stage led Jam Master Jay & Sticky Fingaz to choose him to be Onyx’ DJ. Jam Master Jay took LS under his wing & started to groom a young talent into a consummate professional. Thus began his ride with the DEF JAM family.

LS toured with Onyx for 6 years in the U.S & many other countries (U.K., Switzerland, Italy, Russia, The Middle East). Throughout that time the group won multiple awards & toured with many other groups & artists like, Dr. Dre, Run DMC, Das EFX, Wu-Tang Clan, Def Squad, Insane Clown Posse, Group Home, Gangstarr to name a few. One year prior to Onyx’ break up, LS met DEF JAM’s upcoming artist DMX while on tour with Onyx for Def Jam’s The Show Tour. Then met him again on the Survival of The Illest Tour. After Onyx broke up, it was no wonder to why DMX and the RUFF RYDERS family asked him to join their team. It was at that time DJ LS ONE™ became the official DJ for DMX and a member of the RUFF RYDERS family. In doing this, LS went on the HARD KNOCK LIFE TOUR, the most successful hip-hop tours to date. In 1999 LS & DMX controlled the main stage for the acclaimed performance @ Woodstock ’99, which hailed 300,000 plus attendants. In 2000 LS & DMX was on the CASH MONEY/RUFFRYDERS TOUR, then the ANGER MANAGEMENT TOUR with Godsmack & Limpbiskit in 2001, as well as numerous spot dates and tours throughout the US, Canada, Europe, Japan and the Caribbean & Central America.

From 2004 to late 2009 LS became a member (the second of only 3 Official DJ’s) of the G-Unit family. LS was the personal DJ for G-Unit’s Young Buck, Lloyd Banks & Tony Yayo nationally and international. HE toured Europe & The Caribbean with Banks, Europe, Canada, & the Caribbean with Young Buck, & The U.S. & Canada with Tony Yayo. During his time with G-Unit he performed with other artists on the G-Unit Record label. Such as 50 Cent, Mobb Deep, M.O.P, Spider Loc, 40 Glocc, Hot Rod & Olivia.

Taking the advice from his close friend, The World Famous DJ Kid Capri, LS began to take on the party scene. He has DJ’d at some of the country’s hottest parties, events & nightclubs. From South Beach, Miami & Central Florida to NYC, D.C., PHILLY and MARYLAND, PHOENIX, SCOTTSDALE, DENVER, ATLANTA, HOUSTON, DALLAS & LOS ANGELES, & man others in between.

After he stopped touring LS DJ’d on air for 103.5 The Beat in Miami every night from 9-11pm & Saturday & Sunday morn from 6-10am. While doing radio LS became one of the premier DJ’s in the upscale club scene in south Florida, making him one of the most sought after DJ’s for charity events, celebrity parties & private affairs.

Today LS has his own management company, LS Music Group, LLC. & a marketing company, The 5th Marketing, LLC. Recently LS began to write an autobiography (A Day In The Life), a cookbook (Dinner With The DJ). LS also teachers & mentors DJs on what it is to be a true DJ who loves & respects the art of djing. He is also an advanced instructor @ the Legendary DJ Jam Master Jay’s Scratch Academy in Miami. LS is still one of the most sought after club djs across the nation.